#moscowmulemug Get Yours HERE on Amazon 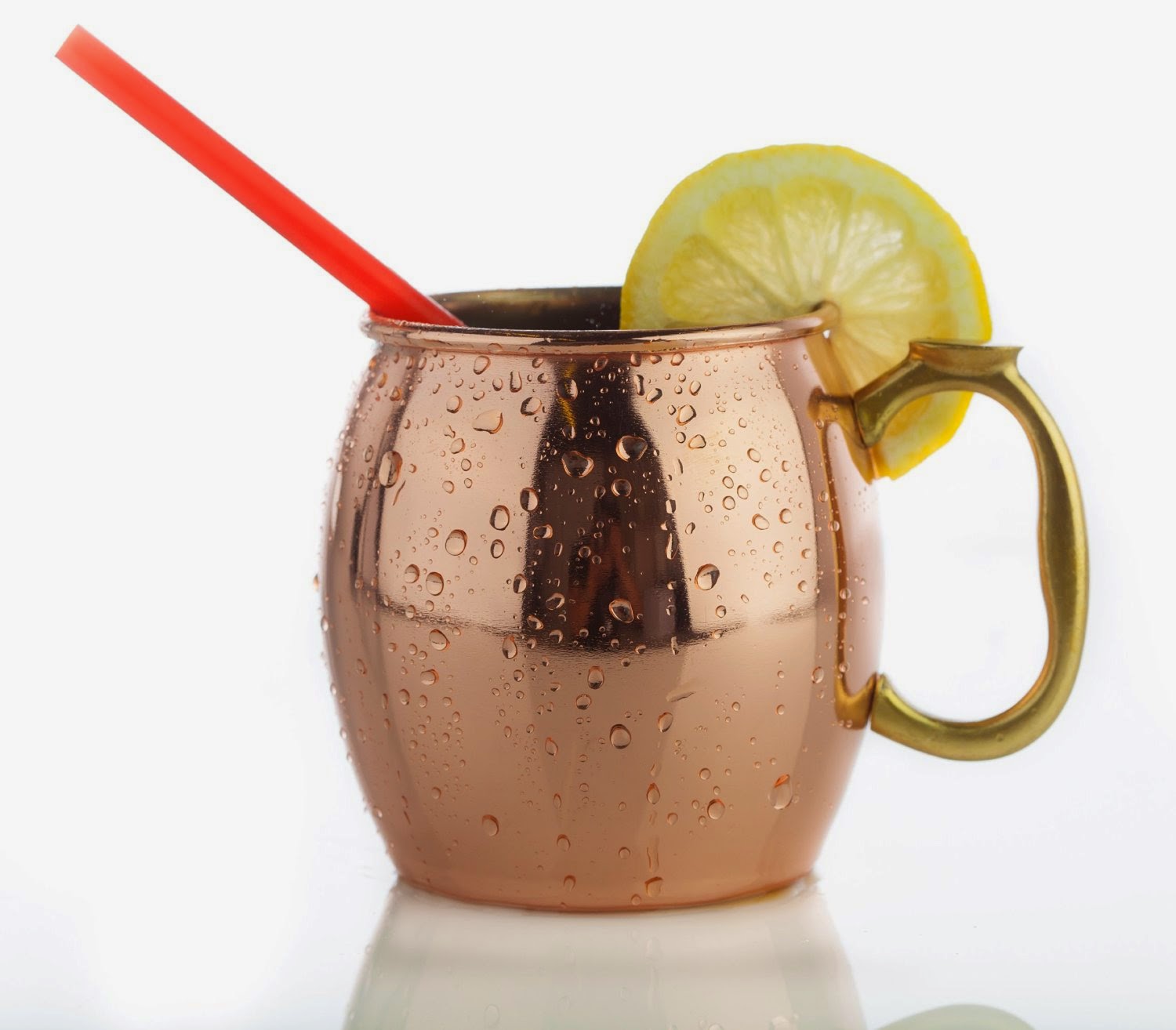 by My Kitchen Concepts 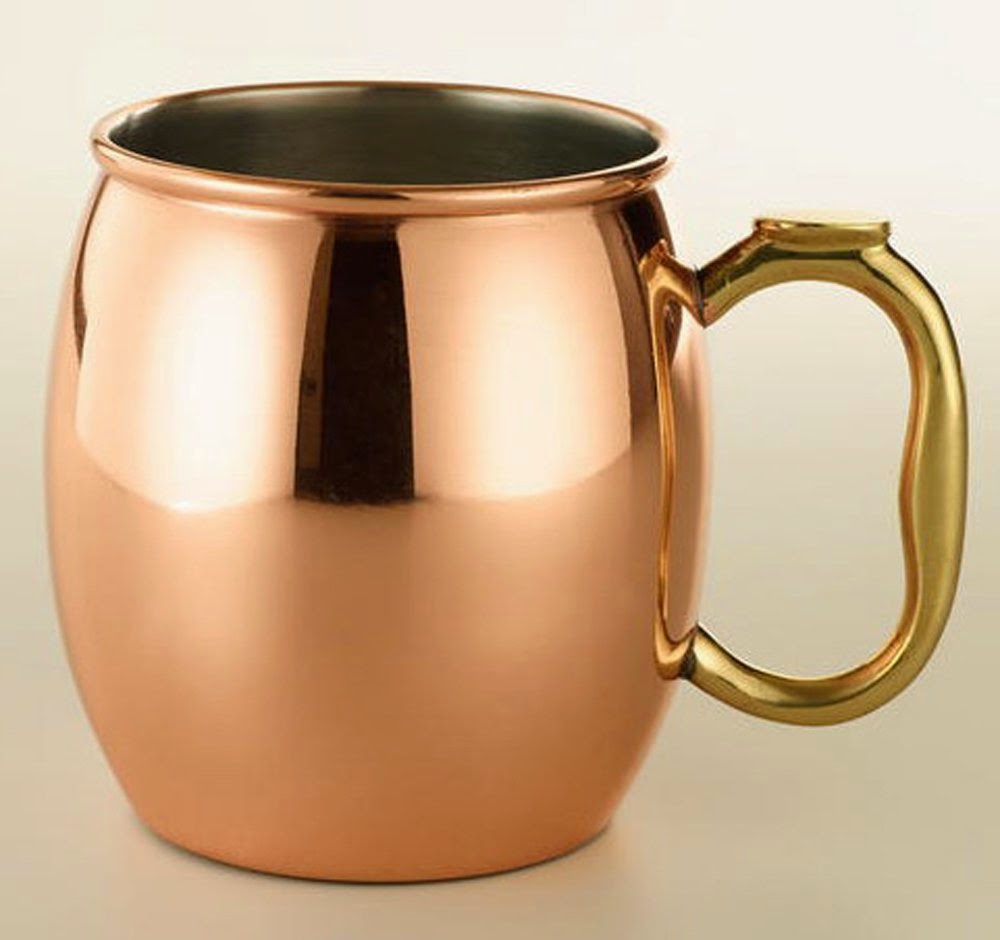 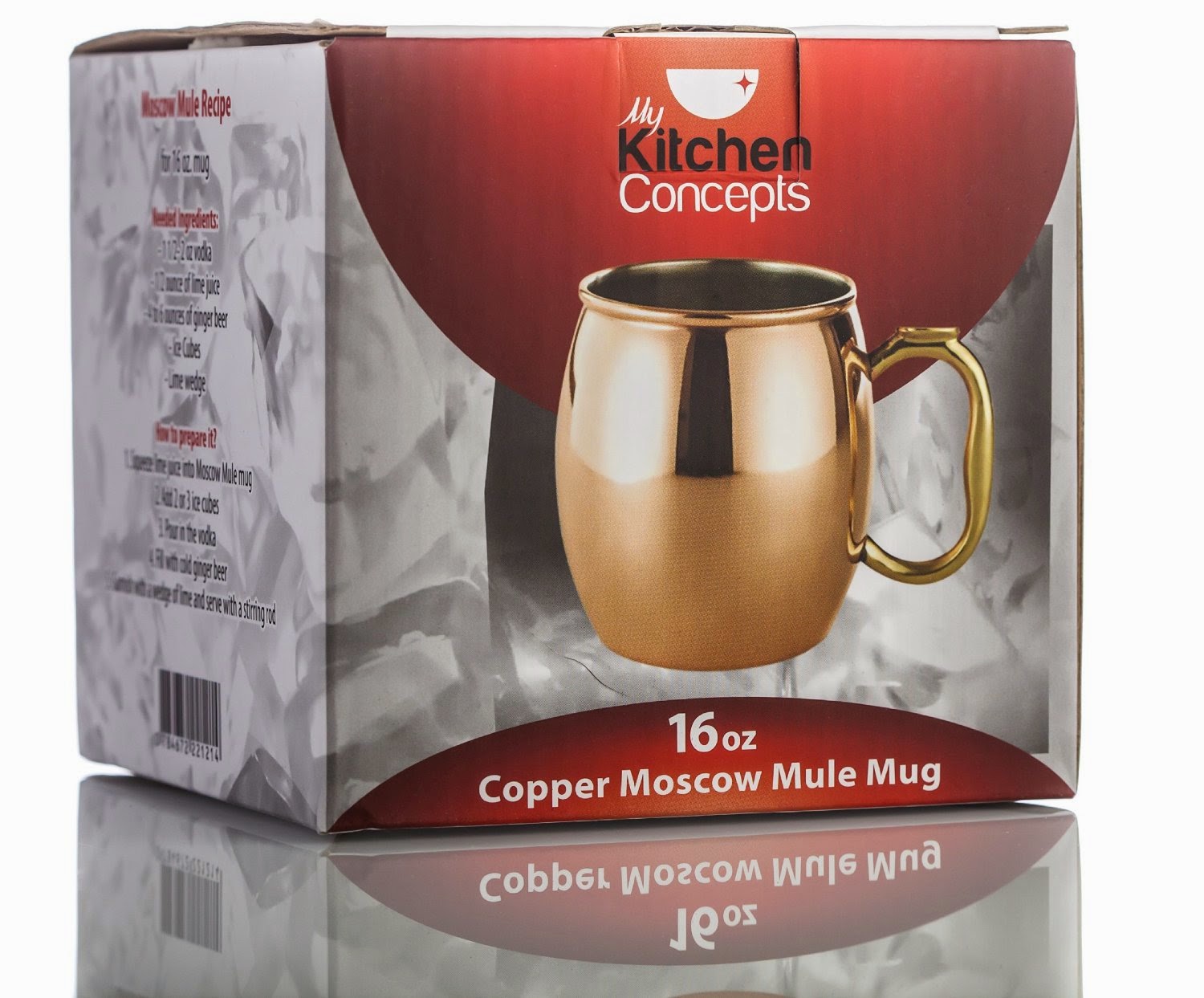 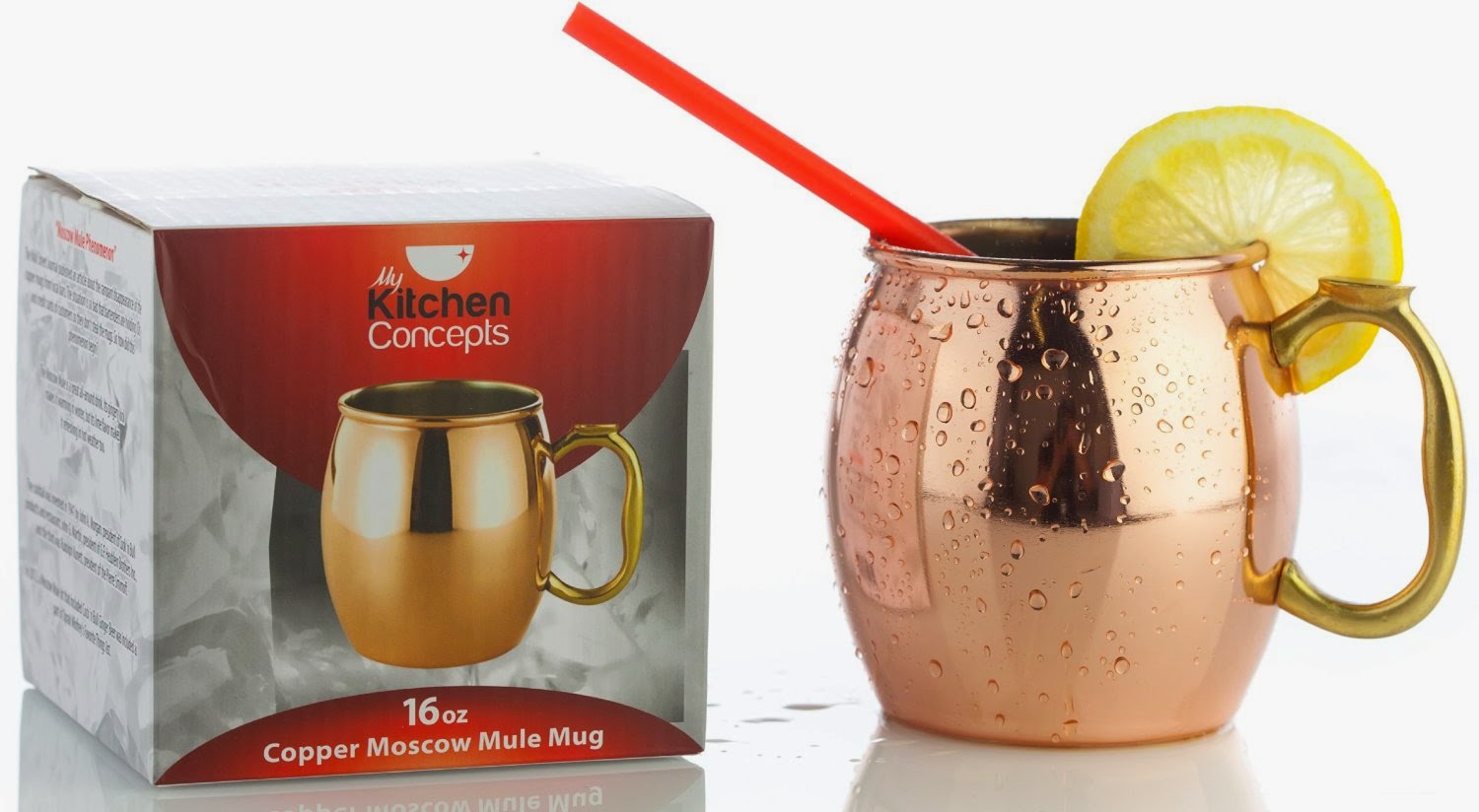 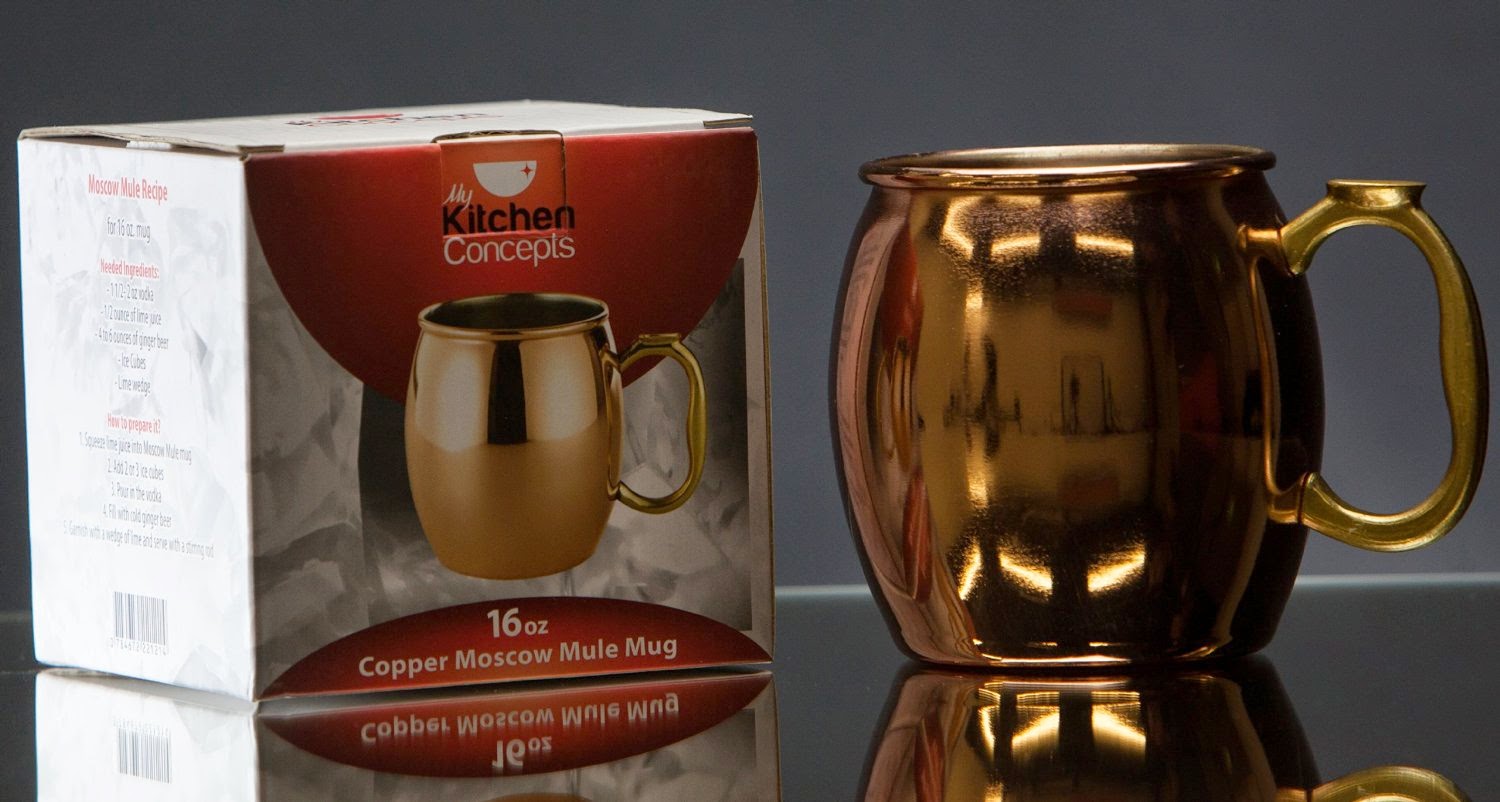 HISTORY OF THE MOSCOW MULE

The cocktail was invented in 1941 by John G. Martin of G.F. Heublein Brothers, Inc., an East Coast spirits and food distributor, and "Jack" Morgan, President of Cock 'n' Bull Products (which produced ginger beer) and proprietor of the Cock 'n' Bull restaurant on Sunset Boulevard in Los Angeles popular with celebrities.[1][2][3][4]
George Sinclair (2007) quotes from an article run in the New York Herald Tribune:


The mule was born in Manhattan but "stalled" on the West Coast for the duration. The birthplace of "Little Moscow" was in New York's Chatham Hotel. That was back in 1941 when the first carload of Jack Morgan's Cock 'n' Bull ginger beer was railing over the plains to give New Yorkers a happy surprise…
The Violette Family helped. Three friends were in the Chatham bar, one John A. Morgan, known as Jack, president of Cock 'n' Bull Products and owner of the Hollywood Cock 'n' Bull Restaurant; one was John G. Martin, president of G.F. Heublein Brothers Inc. of Hartford, Conn., and the third was Rudolph Kunett, president of the Pierre Smirnoff, Heublein's vodka division. As Jack Morgan tells it, "We three were quaffing a slug, nibbling an hors d'oeuvre and shoving toward inventive genius". Martin and Kunett had their minds on their vodka and wondered what would happen if a two-ounce shot joined with Morgan's ginger beer and the squeeze of a lemon. Ice was ordered, lemons procured, mugs ushered in and the concoction put together. Cups were raised, the men counted five and down went the first taste. It was good. It lifted the spirit to adventure. Four or five later the mixture was christened the Moscow Mule...[5]

According to an article in 1942's Insider Hollywood, the Moscow Mule was most popular in Los Angeles.[4] The Nevada State Journal (12 October 1943) reinforced the mule's popularity in reporting: "Already the Mule is climbing up into the exclusive handful of most-popular mixed drinks". It became known as a favourite drink of Reno casino owner William F. Harrah. In his 1964 book Beat the Dealer, Edward O. Thorp did not name the Tahoe casino where he thought he had been poorly treated as a card counter. He said "I went to the bar and had a Moscow Mule", which was a subtle hint that the location was Harrah's Tahoe, due to Harrah's then well-known proclivity for the drink. 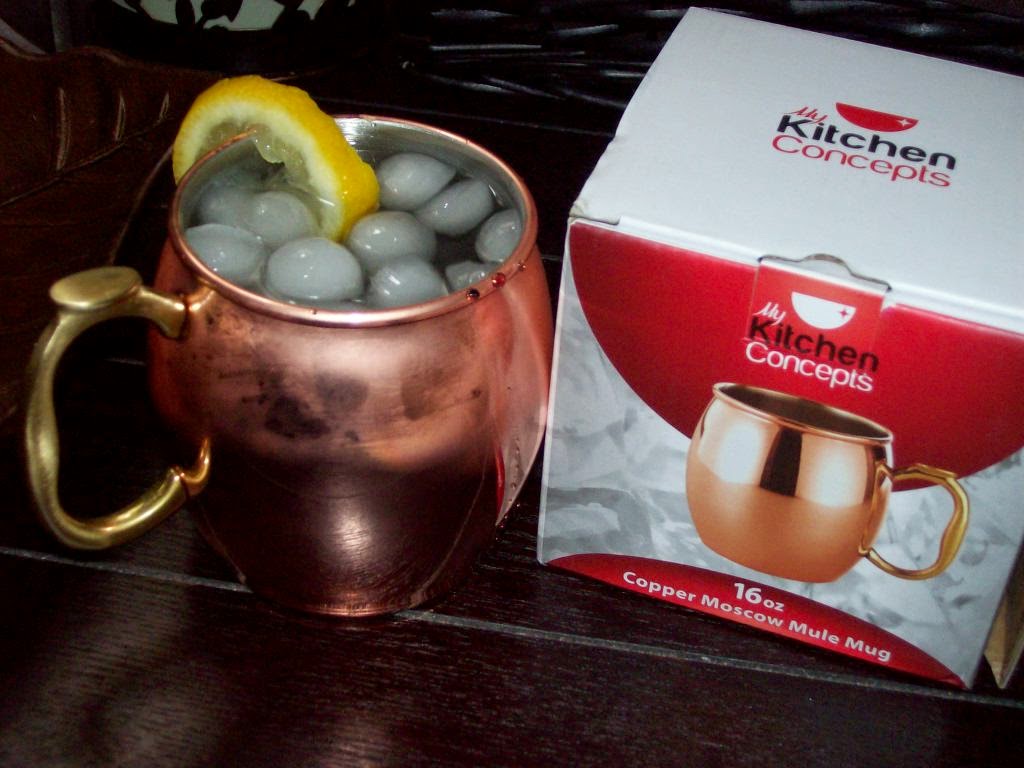 I was happy to get to try the Moscow Mule Mug. I love the look of this copper mug, it looks hand crafted and looks great in my cocktail glass collection.  I was amazed how quickly and how COLD this mug gets! These are going to make fabulous drink mugs in the hot summer. The handle is very nice and fits perfectly in your hand. I like how it is very balanced in your hand and easy to use. I have had other types of Moscow Mule Mugs and this one is Superior! If you want to make a Moscow Mule,  mix Morgans Ginger Beer with Smirnoff Vodka and Lime. That is the original Moscow Mule from 1941.

I received this product in exchange for a review. I was not compensated for my review and all my opinions are my own, based on my personal experience with the product. I am disclosing this in accordance with the Federal Trade Commission’s 16 CFR, Part 255: Guides Concerning the Use of Endorsements and Testimonials in Advertising.

Posted by Popular Product Reviews by Amy at 7:32 AM

Email ThisBlogThis!Share to TwitterShare to FacebookShare to Pinterest
Labels: For The Home