Shaun The Sheep Movie arrives on Digital HD November 10 and Blu-Ray™ Combo Pack (plus Digital HD) and DVD (plus Digital) on November 24 from Lionsgate Home Entertainment – just in time for the holidays! 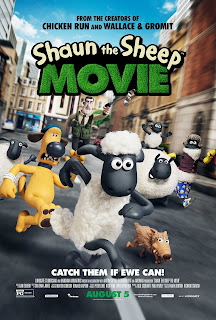 As you may know, Shaun The Sheep Movie arrives on Digital HD November 10 and Blu-Ray™ Combo Pack (plus Digital HD) and DVD (plus Digital) on November 24 from Lionsgate Home Entertainment – just in time for the holidays!

“The best animated film of the year.”
- Boston Herald

SANTA MONICA, CA (October 5, 2015) — From Aardman, the producers of Chicken Run and Wallace & Gromit comes Shaun the Sheep Movie, a farm-tastic adventure for the whole family, arriving just in time for the holidays on Digital HD November 10 and Blu-Ray™ Combo Pack (plus Digital HD) and DVD (plus Digital) on November 24 from Lionsgate Home Entertainment. Perfect for the young and young-at-heart, this “world-class winner” (Rolling Stone) is rated 99% Fresh on Rotten Tomatoes and was the #1 movie on their Summer Movie Score Card for 2015.

MEET SHAUN! He’s a little sheep with big dreams, and lately, life on Mossy Bottom Farm has become a bit dull. When Shaun takes the day off for some fun in the Big City, he gets a lot more action than he bargained for. Now Shaun and his flock must use their wits to hatch a baaaa-rilliant plan to get back home in an adventure the whole family will love.

The Shaun the Sheep Movie home entertainment release comes loaded with bonus features including a fascinating look behind-the-scenes of the making of the film as well as interviews with the cast and crew. The Blu-Ray™ combo pack (plus Digital) and DVD (plus Digital) will be available for $34.99 and $29.95, respectively. 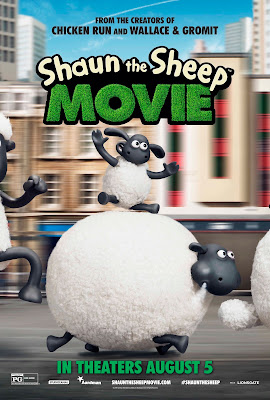 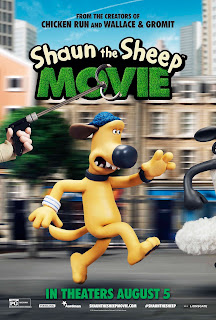 ABOUT LIONSGATE
Lionsgate is a premier next generation global content leader with a strong and diversified presence in motion picture production and distribution, television programming and syndication, home entertainment, digital distribution, new channel platforms, video games and international distribution and sales. Lionsgate currently has more than 30 television shows on over 20 different networks spanning its primetime production, distribution and syndication businesses, including such critically-acclaimed hits as the multiple Emmy Award-winning Mad Men and Nurse Jackie, the broadcast network series Nashville, the syndication success The Wendy Williams Show, the critically-acclaimed hit series Orange is the New Its feature film business has been fueled by such successes as the blockbuster first three installments of The Hunger Games franchise, the first two installments of the Divergent franchise, The Age of Adaline, CBS/Lionsgate’s The DUFF, John Wick, Now You See Me, Love & Mercy and Mr. Holmes, Lionsgate/Codeblack Films’ Addicted and Pantelion Films' Instructions Not Included, the highest-grossing Spanish-language film ever released in the U.S. 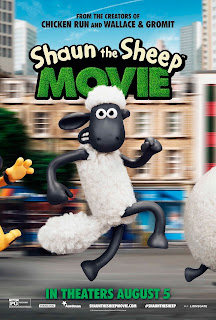 Lionsgate's home entertainment business is an industry leader in box office-to-DVD and box office-to-VOD revenue conversion rates. Lionsgate handles a prestigious and prolific library of approximately 16,000 motion picture and television titles that is an important source of recurring revenue and serves as the foundation for the growth of the Company's core businesses. The Lionsgate and Summit brands remain synonymous with original, daring, quality entertainment in markets around the world. www.lionsgate.com
Roadside Attractions'Black and the breakout series The Royals.·             Parody Poster Gallery
Posted by Popular Product Reviews by Amy at 1:54 PM