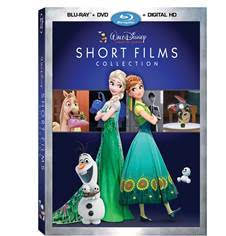 For the first time ever, a whole new world of Walt Disney Animation Studios’ Aladdin will be revealed in a whole new way on Blu-ray with never-before-seen bonus. Rediscover how three wishes can change everything in Disney’s timeless adventure for the whole family.

From Disneynature, the studio that brought you Chimpanzee and Bears, comes a spectacular tale set among ancient ruins in the storied jungles of South Asia. Maya, a clever and resourceful monkey, finds her world forever changed when she welcomes her son Kip into her colorful extended family. As Maya strives to keep Kip safe through unexpected and sometimes perilous adventures, amazing footage captures all the magic and surprises of their magnificent world. Maya and her family will make you laugh and warm your heart as she realizes her dreams for her son’s future.

When Tony Stark tries to jumpstart a dormant peacekeeping program, things go awry and Earth’s Mightiest Heroes, including Iron Man, Captain America, Thor, The Incredible Hulk, Black Widow and Hawkeye, are put to the ultimate test as the fate of the planet hangs in the balance. As the villainous Ultron emerges, it is up to The Avengers to stop him from enacting his terrible plans, and soon uneasy alliances and unexpected action pave the way for an epic and unique global adventure.

Bound by a shared destiny, a teen (Britt Robertson) bursting with scientific curiosity and a former boy-genius inventor (George Clooney) embark on a mission to unearth the secrets of a place somewhere in time and space that exists in their collective memory.

Growing up can be a bumpy road, and it's no exception for Riley (Kaitlyn Dias), who is uprooted from her Midwest life when her father (Kyle McLaughlan) starts a new job in San Francisco. Like all of us, Riley is guided by her emotions – Joy (Amy Poehler), Fear (Bill Hader), Anger (Lewis Black), Disgust (Mindy Kaling) and Sadness (Phyllis Smith). The emotions live in Headquarters, the control center inside Riley's mind, where they help advise her through everyday life. As Riley and her emotions struggle to adjust to a new life in San Francisco, turmoil ensues in Headquarters. Although Joy, Riley's main and most important emotion, tries to keep things positive, the emotions conflict on how best to navigate a new city, house and school.

The Collection includes a 1972 TV Pilot directed by Miyazaki, three episodes from the hit anime series “Little Samurai” and a commemorative booklet. For the first time, all 11 of Miyazaki’s feature-length masterpieces will be packaged in one spectacular 12-disc collection, complete with hours of captivating bonus features and the Academy Award®-winning Spirited Away (2002, Best Animated Feature Film).

Included films are as follows:

Armed with the amazing ability to shrink in scale but increase in strength, master thief Scott Lang joins forces with his new mentor Dr. Hank Pym to protect the secret behind his spectacular Ant-Man suit from ruthless villains! With humanity’s fate in the balance, Pym and Lang must plan and pull off a daring heist against insurmountable odds. Filled with humor, awesome special effects and exclusive bonus features, this action-packed adventure takes you to new levels of pulse-pounding excitement!

On December 8, Marvel Cinematic Universe: Phase Two will be available on Blu-ray 3D, Blu-ray and Digital HD exclusively on Amazon.

Plus an exclusive bonus content disc with 166 minutes of bonus material and more!

I received this product in exchange for a review. All my opinions are my own, based on my personal experience with the product. I am disclosing this in accordance with the Federal Trade Commission’s 16 CFR, Part 255: Guides Concerning the Use of Endorsements and Testimonials in Advertising.
Posted by Popular Product Reviews by Amy at 3:34 PM