PAN: Discover the Untold Story of the Classic Fairy Tale 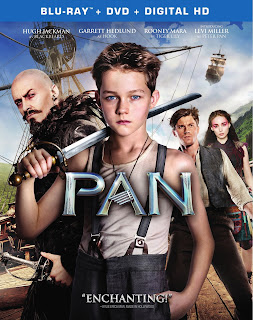 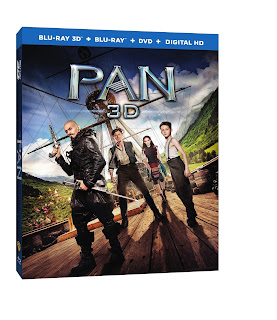 “Pan” will be available on Blu-ray 3D Combo Pack for $44.95, Blu-ray Combo Pack for $35.99 and 2-disc DVD Special Edition for $28.98. The Blu-ray 3D Combo Pack features the theatrical version of the film in 3D hi-definition, hi-definition and standard definition; the Blu-ray Combo Pack features the theatrical version of the film in hi-definition on Blu-ray; and the DVD features the theatrical version in standard definition. The Blu-ray discs of “Pan” will feature a Dolby Atmos® soundtrack remixed specifically for the home theater environment to place and move audio anywhere in the room, including overhead. To experience Dolby Atmos at home, a Dolby Atmos enabled AV receiver and additional speakers are required. Dolby Atmos soundtracks are fully backward compatible with traditional audio configurations and legacy home entertainment equipment that aren’t Dolby Atmos compatible. All versions include a digital version of the movie in Digital HD with UltraViolet. Fans can also own “Pan” via purchase from digital retailers.

Posted by Popular Product Reviews by Amy at 1:40 PM